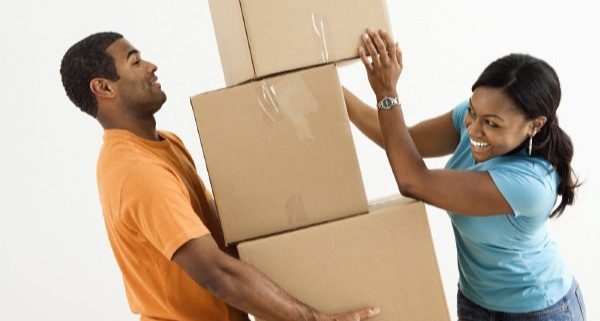 Cohabitation is an arrangement where two people are not married but live together. Such couples are often involved in a romantic or sexually intimate relationship on a long-term or permanent basis. Cohabitation arrangements have become increasingly common in modern culture, being influenced by by changing social views, especially regarding marriage, gender roles and religion.

People may live together for a number of reasons. Cohabitants could live together in order to save money, because of the convenience of living with another, or a need to find housing. Lower income individuals facing financial uncertainty may delay or avoid marriage, not only because of the difficulty of paying for a wedding but also because of fear of financial hardship if a marriage were to end in divorce. Whatever the motivation to move in before marriage, here’s what to expect.

It’s important for couples to have fun together and really enjoy the time they spend together. Relationships thrive when two people share companionship and activities, people are simply not happy when they’re with someone they’re not compatible with. Unfortunately, we don’t always pick partners for the right reasons and couples resort to cohabitation as the “ultimate” test of compatibility in their relationship.

Reduced urgency to tie the knot

Couples who decide to live together often see themselves getting married someday. However, although there is an increase in cohabitation, there is a decrease in marriage among millennials. In 1960, 68% of all twenty-somethings were married. In 2008, just 26% were, according to the Pew Research Center. This hints that a cohabitation arrangement can in fact backfire, as it is only a matter of time before couples start to push off further commitment once they’ve gotten comfortable with their cohabiting arrangements, and marriage itself looses the uniqueness of its appeal.

It’s easy to assume that the things that feel important and obvious to you should feel that way to your partner, but each person has different priorities and a different tolerance level for messes. Living together puts you in a better position to adapt to each others tolerance levels, and forces you to learn to be helpful when it comes to domestic responsibilities thereby avoiding unnecessary strain in the relationship.

Moving in together for many people, just means a step closer to marriage. This can lead to disappointment when the steps towards marriage don’t happen. Some people can be satisfied with cohabiting if they feel that the relationship is working and progressing in a way which they are comfortable with, which then leaves their partners holding on to false expectations of marriage.

Watch the full episode to find out what people are saying about moving in before marriage.