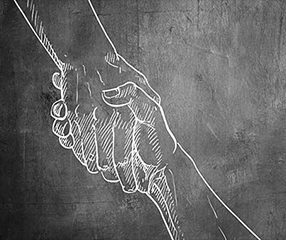 A survey on public attitudes toward political engagement and activism on social media has revealed that between July 2013 and May 1, 2018, the hashtag “#Black Lives Matter” had been tweeted over 30 million times. An average of 17,002 times per day and as of June 10, 2020, it had been tweeted roughly 47.8 million times. While the movement’s advocacy for non-violent civil disobedience in protest of all racially motivated violence against people of black ethnicity seems to have gained world wide popularity, much is still left to be seen in terms of individual and institutional accountability on the matter globally.

Humanity – a word for the state of being humane, can easily be identified as the qualities that make us human, such as the ability to love, show compassion, and be creative. Although this seems like an obvious and basic school of thought, the personal experiences of martyrs like George Flyod, Eric Garner, Trayvon Martin and Ahmaud Arbery indicates that a humanity-first mindset does not always take the lead when black lives are involved.

As these racial equity challenges slowly but surely make their way to the forefront of today’s discussions, so have questions on how to be an ally in the movement against anti-black racism. Some key mile-markers on the path to racial equity include:

Join the conversation on social media.

Black Women achievements you wont hear about in the news.

Are you getting bad advice? Check for these signs.
Scroll to top