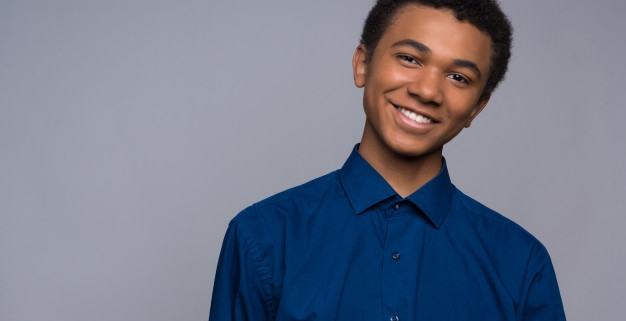 Young boys can be energetic, loud, active, prone to being unruly, and getting them to listen to you all the time is challenging. Parents of boys understand very well that they can be quite a handful; however, with some clever parenting methods, it’s possible to ensure your boys grow up to be great men. Here are some tips on raising boys to be better men.

Boys are seen as ‘naturally’ rough, but that is mostly the product of society’s rigid rules around masculinity. Thus, sensitivity can be taught to boys. To encourage their sensitive side to develop, show them the importance of kindness while playing with others by sharing their toys and being gentle with pets. Read them stories of great men in the past who worked for peace and justice in the world. Search for opportunities in your community such as a volunteer mentoring program where your boys can work with strong role models (both male and female) and learn from them. Explain to them the importance of putting themselves in the shoes of another to understand their pains; it is a start in building empathy while raising boys.

Encourage emotional expression in boys; it’s always better for them to understand and express their emotions in a healthy way, which also includes crying. Learning how to better be in touch with their emotions is a critical skill they need before they can be kind and empathetic men. To build the right idea of bravery while raising boys, they need to understand that everybody feels fear and it’s normal to do so. However, being brave is doing the right things, despite your fears and overcoming them.

Never let your children skip household chores, it’s critical to engage them in the activity so they can learn to take up responsibility. This is especially important when you’re going over everything crucial on how to raise a boy child as a single mother. Let him take part in everything from grocery shopping, to cooking and housekeeping.

Let Them Have Their Play Time

Children are physical most of the time; it is a way in which they express their affection. Jumping off furniture, or a hug that seems more like a full body tackle, or rolling on each other in seemingly aggressive play comes quite natural to kids. Although it is exhausting to you, it’s normal and healthy for them. The rough and tumble play fosters positive relationships among children, boys included, and builds their physical intelligence. Then there will inevitably be moments you will have to take them to the emergency room for a stitch or treating bruises from a fall. Although no parent likes to see their child getting hurt, it’s not possible to cushion the whole world around them.

Part of building good behavior in boys means you channelize their energies in more positive ways rather than trying to stifle it. Although trying to discipline your boy’s feisty behavior can push you to your limits, it’s important to keep calm when raising boys. Parents must at all times avoid responding with their own aggressive behavior to their boy’s aggressive play. Severe scolding or spanking might curb their behavior momentarily, but it is seen that children who are severely punished turn out to be aggressive in the long run. Therefore, adopt an approach where you praise them for their good behavior and when they are well mannered and remind them of that whenever they misbehave. Show genuine interest in things they find appealing and ask them questions about it, whether they like collecting toys or bugs in a jar, stimulate deeper thinking to stop them from becoming impulsive.

Please go to the Instagram Feed settings page to create a feed.

Staying sane in the lockdown